It was a happy quarter for Twitter, the quarter which started in January 2017 and finished by the end of March because it was able to get 9 million new users marking a growth in it’s user base.

Unfortunately that was not the case in the second quarter, the following 3 months when the social network announced 0% growth. Or maybe worth and trying to hide it by saying that percentage.

Having problems is a fact in Twitter. so let’s consider the following scenario: What would you do if you became Twitter’s CEO, or a person who can contribute and make decisions?

For me, I would stick with one of the first definition for Twitter, which was said by one of it’s founders who described it as a Micro-Blogging platform.

Back in 2006 when Twitter started, blogging was just via text due to the lack of smartphones and fast internet connections that time. But the situation is not the same now, and a new ways of Blogging appeared. i.e, Vlogging and Podcasts.

So, if it was for me, I would consider bringing a new solution same as Vine to attract more Vloggers since it’s a popular thing right now. But I would consider adding a limit on Video’s to be different from Youtube.

For podcasts, I would consider a collaboration with Soundcloud to record and share voice blogs with duration limits as well. That’s being said, we could use Moments feature to group those tweets no matter their type’; text, voice or Video.

That could be the first step I might consider. Later, I will study user engagement models to see what could we make better. 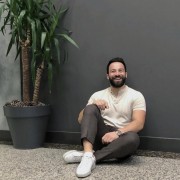